“By boldly reinventing the public service wheel, our goal is a return to 1959 and to the kind of bureaucracy that Chief Awolowo would be proud to describe afresh.” 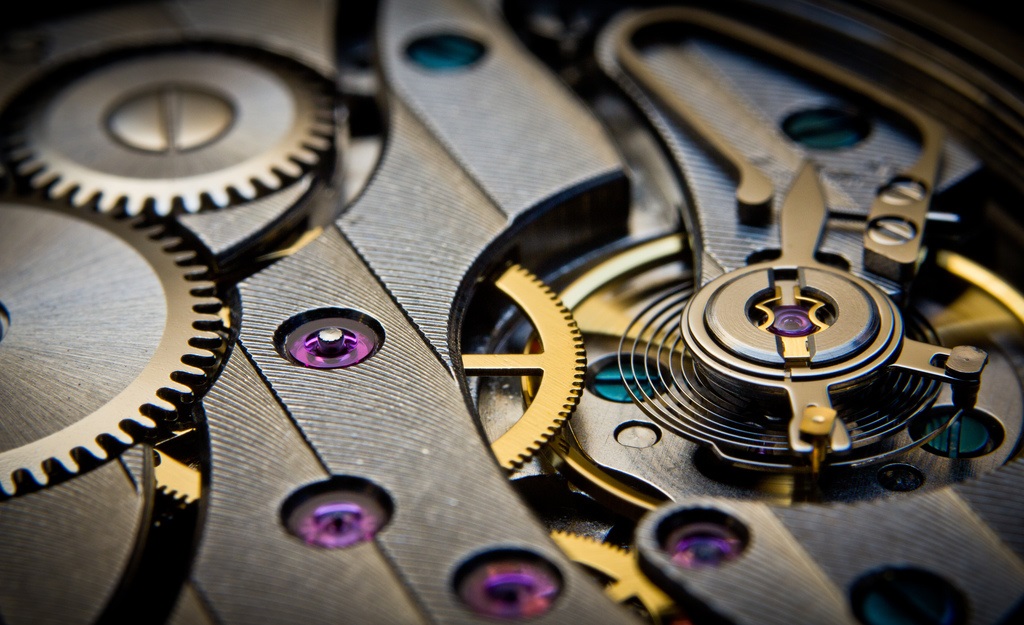 The cliché that one need not reinvent the wheel is intended as a caution against duplicating or recreating that which already exists. To reimagine a perfectly flawless invention is both a futile and valueless effort.

In terms of political society, the invention of the modern bureaucracy is nearly unparalleled in its importance. Like the wheel, its operational intention is to mitigate chaos; and when the bureaucracy functions optimally, unheard and unseen, the effect on any given society is unquantifiable. The British sociologist, Anthony Giddens, in drawing an analogy between the bureaucracy and the wheel, once described the individual worker as a “small wheel” whose ambition is to become a bigger wheel in the bureaucratic machine.

In the case of the Nigerian bureaucracy, something of a reinvention appears necessary. We may have no need to reinstall the bureaucracy anew, but it is now urgent that it be restored to operational efficiency and effectiveness.

For Awolowo, the public service in Nigeria in 1959 was marked by efficiency, incorruptibility, and a sense of loyal and enduring mission among its workers. Modern commentators on the current state of Nigeria’s public service would hardly recognise these attributes.

Where Did It All Go Wrong?

At independence, the Nigerian civil service was widely regarded as one of the best in the commonwealth. Chief Obafemi Awolowo, making his valedictory speech as departing Premier of Western Nigeria at the Western Nigeria House of Assembly in 1959, said of the civil and public service:

“Our civil service is exceedingly efficient, absolutely incorruptible in its upper stratum, and utterly devoted and unstinting in the discharge of its many and onerous duties. For our civil servants, government workers and labourers to bear, uncomplainingly and without breaking down, the heavy and multifarious burdens with which we have in the interest of the public saddled them, is an epic of loyalty and devotion, of physical and mental endurance, and of a sense of mission on their part. From the bottom of my heart, I salute them all.”

For Awolowo, the public service in Nigeria in 1959 was marked by efficiency, incorruptibility, and a sense of loyal and enduring mission among its workers. Modern commentators on the current state of Nigeria’s public service would hardly recognise these attributes.

In 1999, exactly 40 years after Chief Awolowo’s speech, Nigeria returned to democratic rule after a 33-year long hiatus under various military regimes. At all levels, the country’s public service could rightly be regarded as weak and corrupt. In a 2008 document, the Federal Government itself admitted that the public service had “metamorphosed from a manageable, compact, focused, trained, skilled and highly-motivated body into an over-bloated, lopsided, ill-equipped, poorly paid, rudderless institution, lacking in initiative and beset by loss of morale, arbitrariness and corruption.”

The 1999 Constitution, under which Nigeria currently operates and which was bequeathed it by the military has also contributed, whether inadvertently or on purpose, to the dysfunction of the public service.

It is difficult to say precisely when things went wrong. Some observers may suggest that the Nigerian public service was largely functional until the mid-1980s. Others point to the purge of 1975 as the beginning of the destruction of the public service when then military ruler Murtala Mohammed disengaged 10,000 public servants. Yet again, the Dotun Philips report of 1985 that led to Decree No. 43 of 1988 could arguably have been the service’s greatest undoing. That decree effectively destroyed the independence of the civil service by making ministers the chief executives and accounting officers of their own ministries; and by tying the tenure of permanent secretaries (whom it renamed directors-general) to that of the government that appointed them.

Despite the reversal of this policy in 1995, it is not clear the extent to which the civil service has recovered from the overt politicization that the 1988 decree engendered.

While the individual effect of each of these interventions is open to debate, what is undeniable is that military rule had a negative effect on Nigeria’s public service. The arbitrariness and command-and-control nature of military rule does not lend itself well to a cautious, measured bureaucracy that seeks to ensure impersonality, predictability, accountability, and due process.

The 1999 Constitution, under which Nigeria currently operates and which was bequeathed it by the military has also contributed, whether inadvertently or on purpose, to the dysfunction of the public service. As an example, the constitution enshrines a principle known as ‘Federal Character’. Although the explicit aim of this principle is to ensure equitable representation of all parts of the country in public appointments, it has often been used to sacrifice merit at the altar of ethnic and geo-political representation.

Furthermore, the Constitution also centralises all recruitment, promotion and discipline in a Federal Civil Service Commission that has, itself, been accused over the years of undermining the very core values of political neutrality, integrity, accountability and transparency that it was set up to protect.

military rule had a negative effect on Nigeria’s public service. The arbitrariness and command-and-control nature of military rule does not lend itself well to a cautious, measured bureaucracy

From Obasanjo to Buhari

Although efforts at reforming and repositioning the Nigerian civil service date back to colonial rule, it is my view that perhaps the most wide-ranging governance and institutional reform effort thus far in Nigeria’s history has occurred under the Obasanjo administration. Beyond civil service administrative reform, the Obasanjo Reforms encompassed macroeconomic reform, public financial management reform, procurement reform, anticorruption, debt management and development planning reforms.

The impunity that had eroded the public service under the military era required the wholesale establishment of a number of formal and informal rule-based mechanisms. Significantly, the Obasanjo regime introduced the Integrated Payroll and Personnel Information System (IPPIS) and introduced the Tenure Policy to limit the tenure of permanent secretaries and directors to a maximum of 8 years. It also brought in the Monetisation of Fringe-Benefits Policy to consolidate salaries. It sold off government houses to public servants and members of the public to cut the huge maintenance burden on government.

Unlike previous reform efforts, the Obasanjo Reforms were nested in a comprehensive, home-grown, societal development plan known as the National Economic Empowerment and Development Strategy (NEEDS). It was these reforms that helped convince the Paris Club of Creditors to grant Nigeria’s debt relief in 2005.

The Yar’adua administration that followed went further in developing a National Strategy for Public Service Reforms (NSPSR) in 2008 through the Bureau of Public Service Reforms (BPSR), which had been tasked by the Obasanjo regime to drive the reforms through. The far-sightedness of this strategy is evident in the fact that even the recent reforms of 2016, such as the Treasury Single Account and budgetary reform, had already been articulated by the 2008 Strategy.

The 2008 Strategy was not formally adopted before the unfortunate death of then President Yar’adua. Nevertheless, many of its recommendations continue to be implemented, particularly in the area of public financial management; with such innovations as the Government Integrated Financial Management System (GIFMIS). The GIFMIS is the central payment and accounting system of government that provides central control and monitoring of expenditure and receipts. The system does away with multiple government accounting systems and significantly reduces accounting-related corruption.

Under the administration of former President Goodluck Jonathan, the Bureau of Public Service Reforms updated and refreshed the National Strategy for Public Service Reforms, which it first developed in 2008. Although the fundamental precepts have remained largely unchanged since 2008, the refreshed strategy is currently being updated to reflect the priorities of the current Buhari Administration.

‘Pockets of Effectiveness’ and the Current State of Reforms

The National Strategy is deliberately ambitious in aiming for a world-class public service by 2025. Cynics may scoff at this aim; but it is worth noting that Nigeria already has many world-class institutions within its public service, such as the National Agency for Food and Drug Administration and Control, the Federal Inland Revenue Service, The National Drug Law Enforcement Agency, and the Economic and Financial Crimes Commission. These organisations are able to hold their own against their peers anywhere in the world. The challenge for 2025 is to raise the across-the-board performance of the entire civil service in order that it meets the performance standard that has been set by these ‘pockets of effectiveness’.

The National Strategy for Public Service Reforms (NSPSR) is focused on “Getting Back to Basics”— reinventing the public service wheel in a sense. It sits on 4 Reform Pillars: Governance and Institutional Environment Reform; Socio-Economic Environment Reform; Public Financial Management Reform; and Civil Service Administration Reform. The Strategy is underpinned by a robust monitoring and evaluation framework; with clear, phased, activities, building blocks and target results.

Significantly for a home-grown Nigeria plan, it also identifies risks to its own implementation and sets out mitigating arrangements. It recognises the commonly-held view that one of the problems with Nigeria is not in the planning but in the implementation. To speak honestly, many plans and strategies in Nigeria are inherently un-implementable, precisely because they do not factor in politics, costs, delivery capability and risks. Over the last 7 years, the NSPSR has continually been implemented, even without formal Federal Executive Council approval, precisely because it considered risks to its own implementation and devised strategies to mitigate those risks.

The effect of prioritising efficiency, performance, service delivery, anticorruption and reinstalling a sense of mission into Nigeria’s civil and public service is to aim at a world-class service by 2025

Reform strategies like the NSPSR, which target the entire government structure are, of course, prone to over-ambition and a blurring of focus. For this reason, the National Steering Committee on Public Service Reforms, chaired by the Secretary to the Government of the Federation, with the Bureau of Public Service Reform as its technical secretariat, has prioritised the following levers: Performance Management; Pay Reform; Rationalisation of Agencies and Parastatals; Restructuring of Ministries; Renewed Focus on Service Delivery; and Budgetary System Reform. Focusing on these areas will have a catalysing effect on the rest of the system

As a direct result of this prioritization, the Federal Government has pushed through the full implementation of the Treasury Single Account; it has also directed that the Integrated Payroll and Personnel Information System should be fully rolled out to the entire public sector; it has commenced the restructuring of ministries; and is undertaking a comprehensive review of the Oronsaye report and the government’s White Paper in response to it.

The Oronsaye report had recommended that the government should scrap 102 statutory agencies, abolish 38 agencies not set up by legal statute, merge 52 existing agencies, revert 15 agencies to departments in relevant ministries and discontinue government funding for professional bodies and councils. The report had enumerated 541 federal government agencies, parastatals and commissions as part of its terms of reference.

The government has also introduced the Zero-Based Budgeting system; Although it is fair to say that this change in the budgetary system has had significant teething problems. The expectation is that the 2017 budget will learn lessons from 2016 and be very much improved.

The effect of prioritising efficiency, performance, service delivery, anti-corruption and reinstalling a sense of mission into Nigeria’s civil and public service is to aim at a world-class service by 2025. By boldly reinventing the public service wheel, our goal is a return to 1959 and to the kind of bureaucracy that Chief Awolowo would be proud to describe afresh.

Dr Joe Abah is a Nigerian national. He is the Director-General of the Bureau of Public Service Reforms, The Presidency, Nigeria. He is also a Visiting Lecturer at the Maastricht Graduate School of Governance, Maastricht University, the Netherlands.