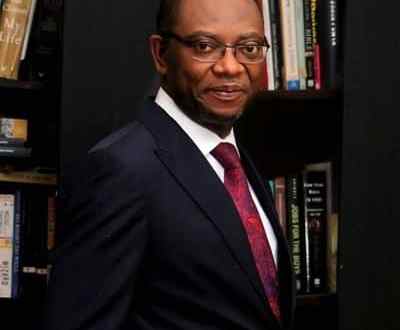 I visited Cuba two weeks ago & it was very interesting to see a different system of government. An opportunity to reassess the usual capitalist, market-driven ideology that is forced down your throat as the ONLY way, and the Socialist shouts of REVOLUTION/ Egalitarianism! Thread.

First of all, the info brochure from the UK travel agent claimed that “Everyone in Cuba earns the same salary, regardless of the job they do. About $20 per month.” I asked the Cubans and they were LIVID with anger. It is completely untrue and they saw it as deliberate falsehood!

Everybody earns according to their qualifications, skills, experience and the job they do. So, of course, a doctor earns more than a bus driver. The Cubans feel that the West goes out of its way to make Cuba sound ridiculous and to scare people away from Socialism. It annoys them

There is a specialist hospital for women and children and even some dedicated to women managing difficult pregnancies. Some facilities just enable women to rest to avoid the danger of having a miscarriage. Health facilities are in all localities and you don’t need to travel far.

Cuba doesn’t worry about brain drain when it comes to doctors. Indeed, one of their major exports is…wait for it…doctors! It seems that for every doctor that goes to work abroad, the Cuban government earns a revenue from their engagement. They are well trained and in Nigeria.

Virtually every major hotel is owned by the government. Govt. builds the infrastructure and then gives it to global hotel chains to run. Most hotels have full board buffet arrangements. That is, all you can eat and all you can drink (including Champagne) included in the price.

The presence of govt is so pervasive that government even owns a lot of taxi services. Many are privately owned though. Of course, because the government taxi drivers are on a salary, they sometimes can’t be bothered to work. I guess they have targets but I didn’t get to ask.

I also found it quite odd that Cuba has two currencies. One is the Convertable Peso (mainly for tourists) which you can exchange Dollars, Pounds or Euros for; and the other is the Cuban Peso that the locals use. 1 convert-able peso gives you, I think about 250 of the local one

I would have wanted to go to where the locals shop to compare prices with the tourist areas but didn’t have time. Lada cars are very big here. I didn’t even know Lada still makes cars. I saw models from the 1970s alongside 2017 models. Most buses are from China.

I would have wanted to go to where the locals shop to compare prices with the tourist areas but didn’t have time. Lada cars are very big here. I didn’t even know Lada still makes cars. I saw models from the 1970s alongside 2017 models. Most buses are from China. pic.twitter.com/Y3Hb31WTeY

Of course, Cuba is known for its classic cars, mostly American cars. Some go back to the 1930s and are still running. I found out they virtually all had replacement engines. Some were Lada engines. Others were specially made in Japan. However, a few have the original engines.

Of course, Cuba is known for its classic cars, mostly American cars. Some go back to the 1930s and are still running. I found out they virtually all had replacement engines. Some were Lada engines. Others were specially made in Japan. However, a few have the original engines. pic.twitter.com/bnFIVtOZnW

As a full-fledged Baby Boy, I dey go wash toilet and to do other “environmental.” We’ll continue later.

Ok. Let’s continue our Cuba thread joor. Now, on to housing. Most adult humans own their own homes. The government builds lots of flats. You live in it and once you pay rent for 15 years, it becomes yours. They don’t pretend to be luxury accommodation but they are decent & clean.

Cuba doesn’t have our kind of mansions even in Havana, the capital. They don’t have a Banana Island equivalent and I didn’t see any Rolls Royces or Ferraris. There are also a lot of dilapidated and abandoned buildings. You don’t smell money but you see all the basics in place.

During the Cuban revolution, they banned all Western music. However, at some point, they felt that they had made a mistake and created a park in honour of John Lennon. Here is me and ‘John’ discussing the meaning of life and imagining a better world. Note my Revolution cap!

During the Cuban revolution, they banned all Western music. However, at some point, they felt that they had made a mistake and created a park in honour of John Lennon. Here is me and ‘John’ discussing the meaning of life and imagining a better world. Note my Revolution cap! 😂 pic.twitter.com/CiasZjN9z5

The writer and Nobel laureate, Ernest Hemingway, lived in this house in Cuba for years and wrote some of his best work here. While alive, he kept reminding everyone that he was from a family of suicidal people. Guess how he died? He committed suicide! Shots himself in the head!!

The American Mafia are a part of Cuba’s history. During the ‘Prohibition’ years from 1920-1933, the mafia established breweries in Cuba. Being only 90 miles from Miami, it was the ideal place to smuggle liquor from. I saw a brewery once owned by Al Capone and several mafia hotels

The original inhabitants of Cuba are Native Americans or people that some call “Red Indians.” According to the tour guide, they got that name because, at first, Christopher Columbus first thought he had found India when he “discovered” America. The Spanish came and enslaved them.

The Spanish came with diseases that the natives had no defence to. They died in droves. They were also not very strong slaves in terms of forced labour. The Spanish didn’t come with any women, so, very soon, children that were half Spanish, half Cuban were born. So now, 3 “races.”

Then during the Slave Trade, the Africans came. I think the Africans that went to Cuba were mostly from Nigeria, Togo and Benin Republic. Cubans proudly tell you that their own religion is African traditional religion. They worship Ogun, Sango, Obatala, etc. They have Babalawos.

When the Slave Trade ended, the next source of cheap labour was, surprisingly, China! So, in terms of racial make up, Cuba has Native Americans, white Spanish descendants, blacks, Chinese and variations of all the above. Many Cubans are mixed in one way or the other.

Although there was historical discrimination against blacks, stories of the Revolution features many examples of black heroism and bravery. Importantly, there is a strong Cuban identity and people do not seem to easily dissolve into ethnic or racial backgrounds.

Most Cubans feel that America has played an ignominious role in its history. Stories about the CIA here are quite embarrassing. The USA is accused of going out of its way to destroy the Cuban sugar industry. Cuba found solace in the Soviet Union and its economy flourished.

The break up of the Soviet Union dealt the Cuban economy a very heavy blow. American hostility and economic blockade made life very tough. Several people lost their jobs and had to queue for food handouts. They respect Fidel Castro’s resilience during this trying period though.

Now, Cuba makes a lot of money from tourism. Canadians come here in droves. My suspicion is that many American tourists claim to be Canadian, given the depth of feelings against Americans. No internet in hotel rooms. They admit their internet is at UK standard of 10 years ago.

So, I’ve seen Socialism work well with regards to the provision of the basic needs of life for EVERYONE. Health, Educ & Housing can be described as far better than the Nigerian average. However, if you want to live large & “slay”, or you want Benzes in the Ss, go for Capitalism. End!

Thanks for the insight, Doctor. Americans paint capitalism as the be all, end all, and that socialist economies are suffering. On a closer look, they seem very happy with their system of government, like China and Cuba, I don’t know about North Korea. Question: is Nigeria purely capitalist, socialist or hybrid of both? I ask because it seems the Nigerian government is interested to run businesses or compete with businesses which is odd for a capitalist economy, but they also encourage people to own their business which is odd for socialism.